Where in St. Maarten can I find Fort William and how do I get there? 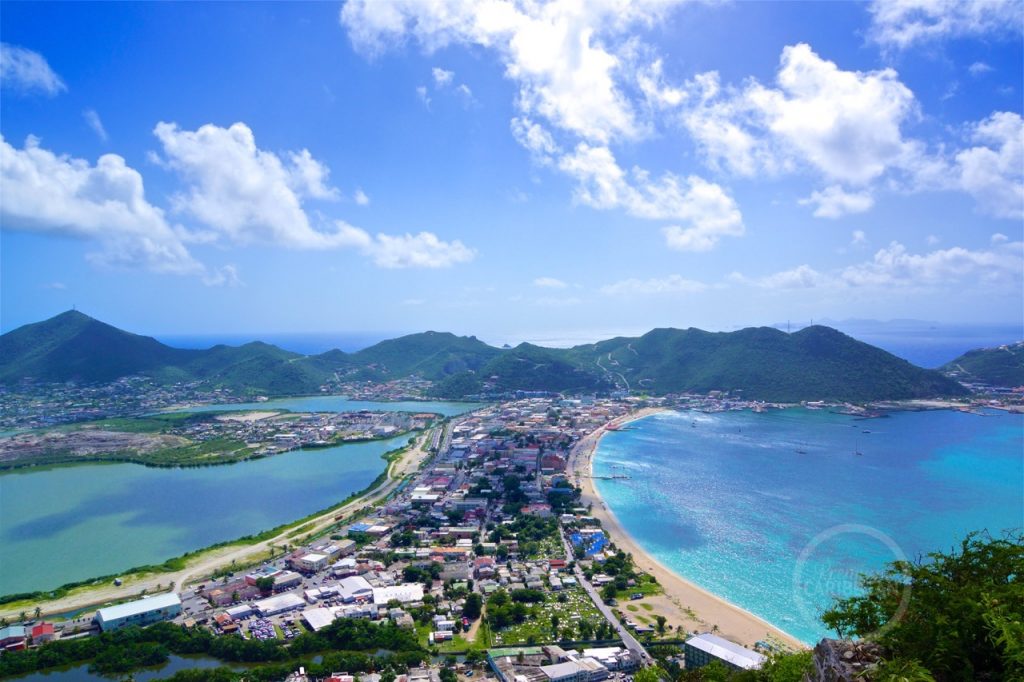 Where in St. Maarten can I find Fort William and how do I get there?

Unlike the French part, it seems like the Dutch part did not dealt careful with the treasures from bygone eras. Yet there are still remains of two impressive forts. One is Fort William. Marked on basically any tourist map but not to find on the island. The explorer in me had to rediscover this fort. It could not be true that the Dutch took it over 200 years ago by the British, and I can not reach it? This also gave me inspiration to write this article, please read further why.

First a little piece of history. The stories are circulating that the Dutch captured the fort from the British around 1816. At that time the Fort Trigge was presumably named after the person who gave order to construction in 1801. Since the Dutch had held the fort, they changed the name into Fort William I, after the first king of The Netherlands. Fort William served until 1846 and was intended to protect the city of Philipsburg. Since then it’s out of use and fell into disrepair. Besides the remains of the walls there are the foundations of a two-story round tower, the only structure of its kind on the island.

Back to my fascination for historical buildings on Caribbean islands. The idea that several hundred years ago there already were people from the same country as where I’m from. They built settlements and conquered islands. It intrigues me immensely. A kind of pride of the Dutch history. In all the years I’ve visited St Maarten I just did not find Fort William. “Easy to reach from Philipsburg,” a brochure says. “Breathtaking views of Great Bay and St Barths,” says the tourist map you get everywhere if you rent a car, check into a hotel or eat out.

During the four days in St. Maarten I made three attempts.

As a result you might understand, during my last visit in September 2016 I had to find that fort. Nowadays, you would think in the case Google is your answer to everything. Forget it! Various websites write about Fort William and its history but that’s about it. Yes, the view is breathtaking, and it gives a panoramic view of St. Maarten and its surrounding area. Photos of all that wasn’t (yet) available online. You wonder if these people have been there anyway. There is no trace of a description how to get there as well. The urge to find Fort William has now become untenable to me.

During the four days in Saint Martin I made three attempts. The first attempt was promising. I drove according to the descriptions I had found online and my feeling told me I was near the fort. At one point I even rode on the Fort William Road, I was in the neighborhood, it couldn’t fail! But the road was dead, a huge house blocked the road. A little later I met an old lady. I asked her to the fort. Enthusiastically she stepped in and managed to bring me there. You guessed it: the Fort William Road. Yes, I myself had just discovered that road. Her conclusion seemed they had built a house on top of the fort, but the old woman also showed a somewhat confused impression. Slightly disappointed I brought the old lady back home and thanked her for the effort.

A good tip is to download the maps from Google Maps in advance for offline use.

The second attempt again was unsuccessful. The big advantage was that I had visited places in the meantime I never saw before. I love that. On the last night in bed I got a bright moment and started searching on Google Maps. After some zoom I concluded that I had to get through the Camel Road. This road is just outside Philipsburg, in the district of Fort William, not far from the Fort Amsterdam and Little Bay.

The next day was one to succeed. After all I flew to Saba around noon, so it was now or never. From Philipsburg I took the road to Little Bay. I had to be careful, the street names were all named after animals, a true zoo. Just down right I drove into the Kangaroo Road, which then passed into the Otter Road. A short drive brought me actually in the Camel Road.

Now it could not go wrong. So you think… The Camel Road is a treacherous road full of hairpin bends. Once you leave the district it’s just high bushes that considerably obstructed visibility. A good tip is to download the maps from Google Maps in advance for offline use. Using GPS makes you see  in your phone in advance when a hairpin approaching. Knowing that you send in the bend by feel. In fact mobile internet on St. Maarten is still incredibly expensive. As you probably know a Dutchman rather avoids expensive matters! So be prepared offline! 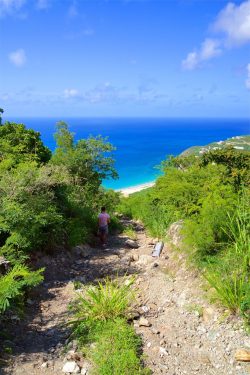 The steep road becomes narrower and its quality noticeably decreases as you follow the route. As a result the bushes are becoming more impenetrable. After the penultimate hairpin it’s done with the paved road. This ends abruptly in a dirt road with loose boulders and bushes. The advice is to go further by foot. Clambering on slippers in the hot morning I continue my way. At one time I noticed on my right the first remains that seem to indicate something very old. I found Fort William! Yay! The explorer in me is coming back to life. At the same time also the realization that I’m very glad I did not have to build that fortress two hundred years ago in the sweltering heat. 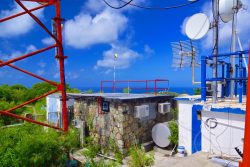 On top of the mountain appears the proof that my first sentence of this article is a fact. A huge but most ugly television tower and associated cabling with messy wires is built on top of the foundations and remains of Fort William. Shame of course. Seems like at that time there’s nothing I can do about it and furthermore it is much too hot to worry about me getting stressed. I fully enjoy, indeed, its breathtaking panoramic views. This place makes you go reminisce about past times. They shot enemies out of the bay with guns from this height to protect Philipsburg against intruders. Isn’t that fascinating? Most of all you also realize how beautiful St. Maarten is and that we should be proud of this treasure within the Kingdom of the Netherlands. 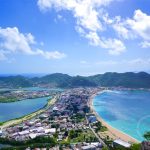 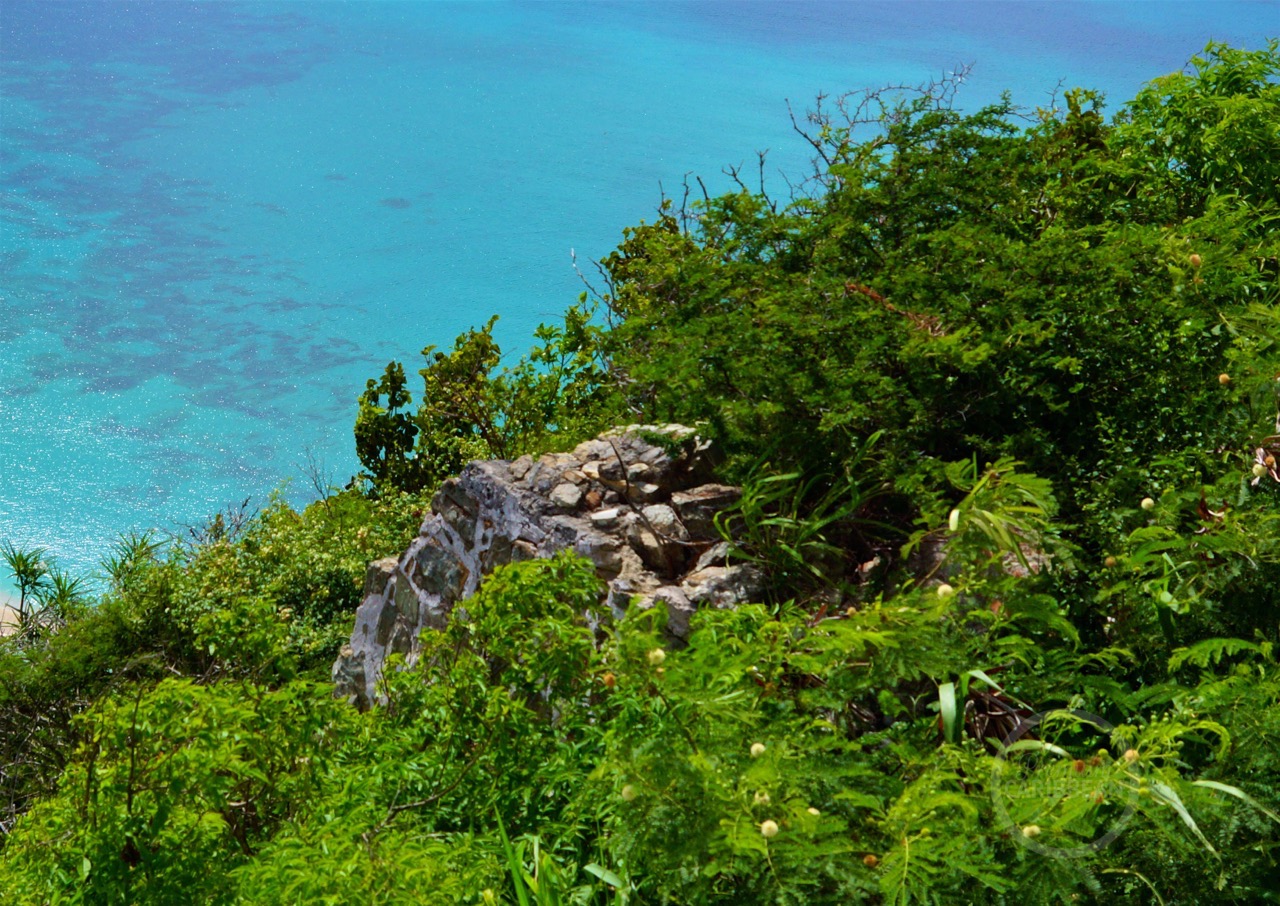 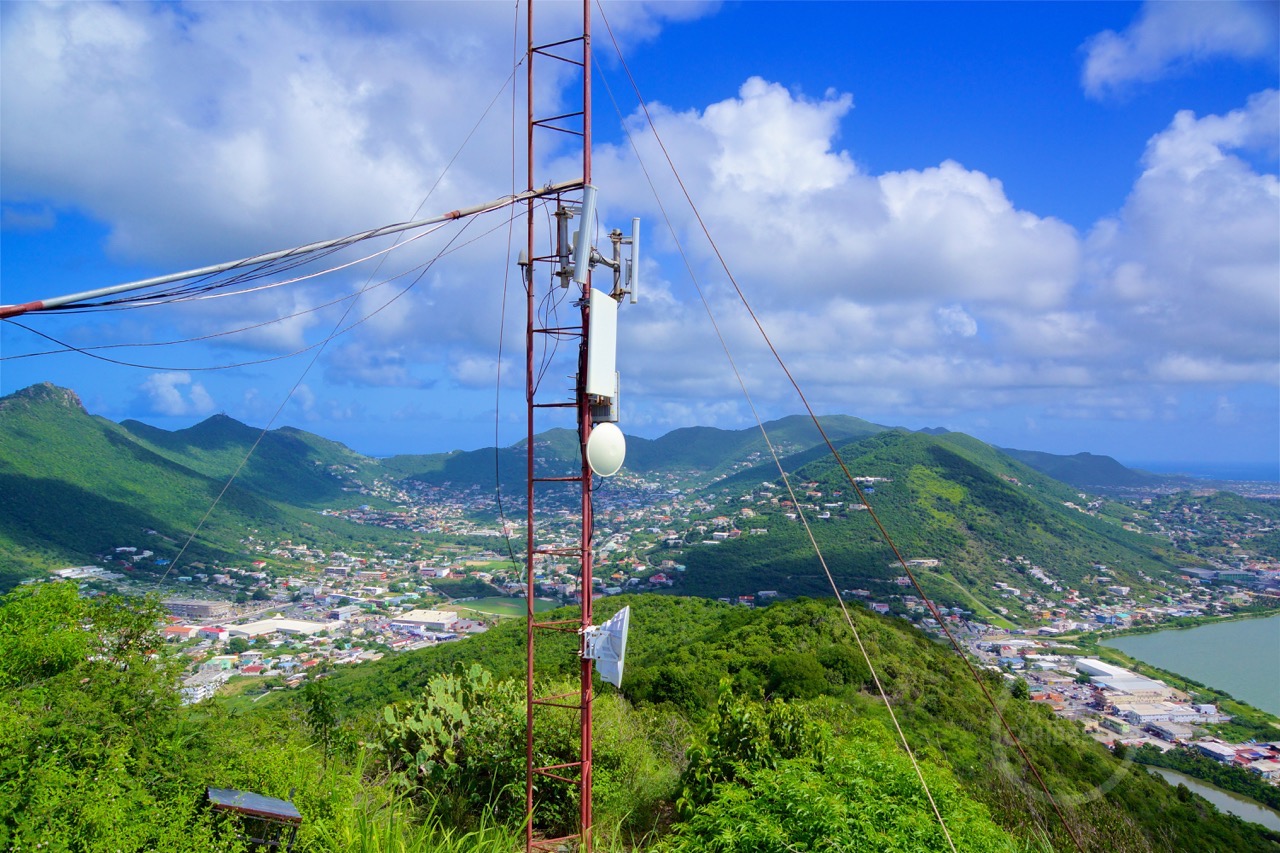 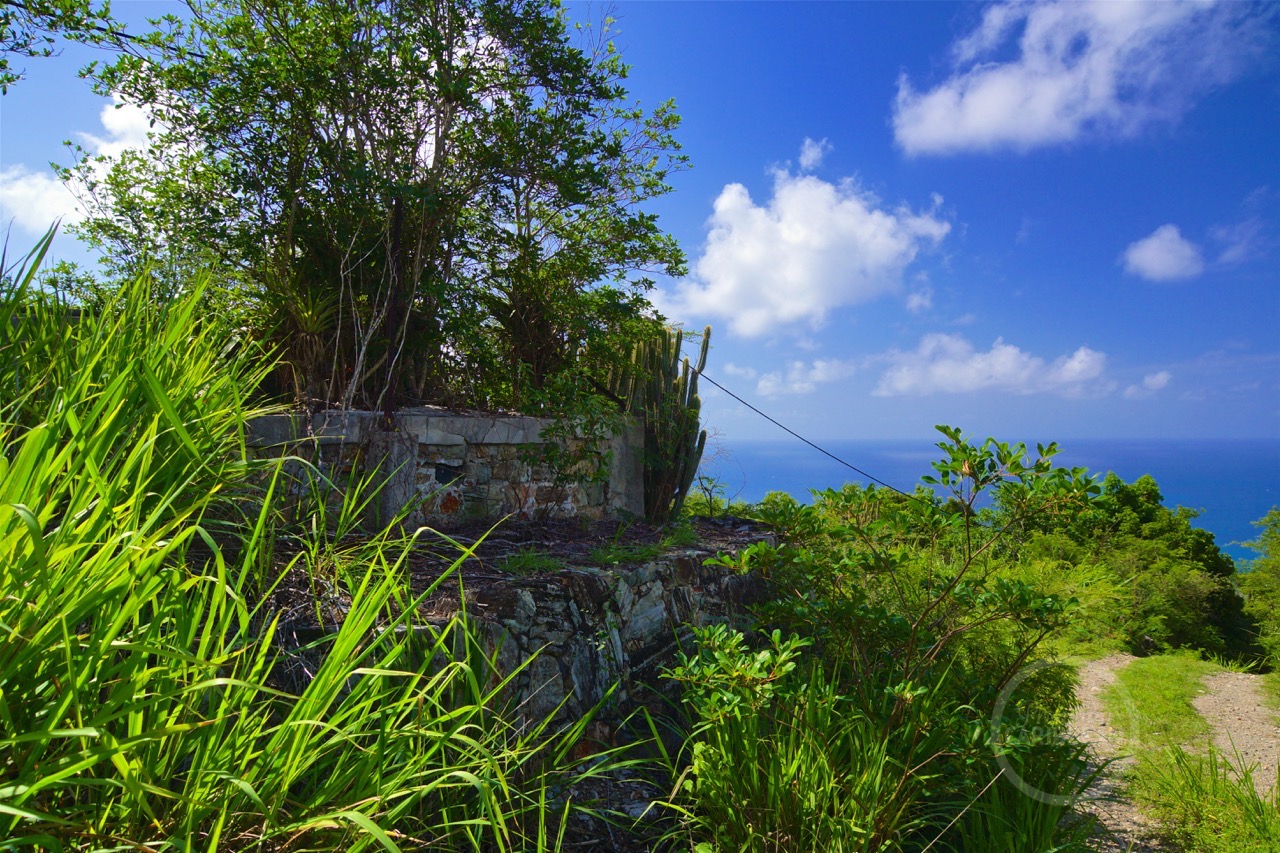 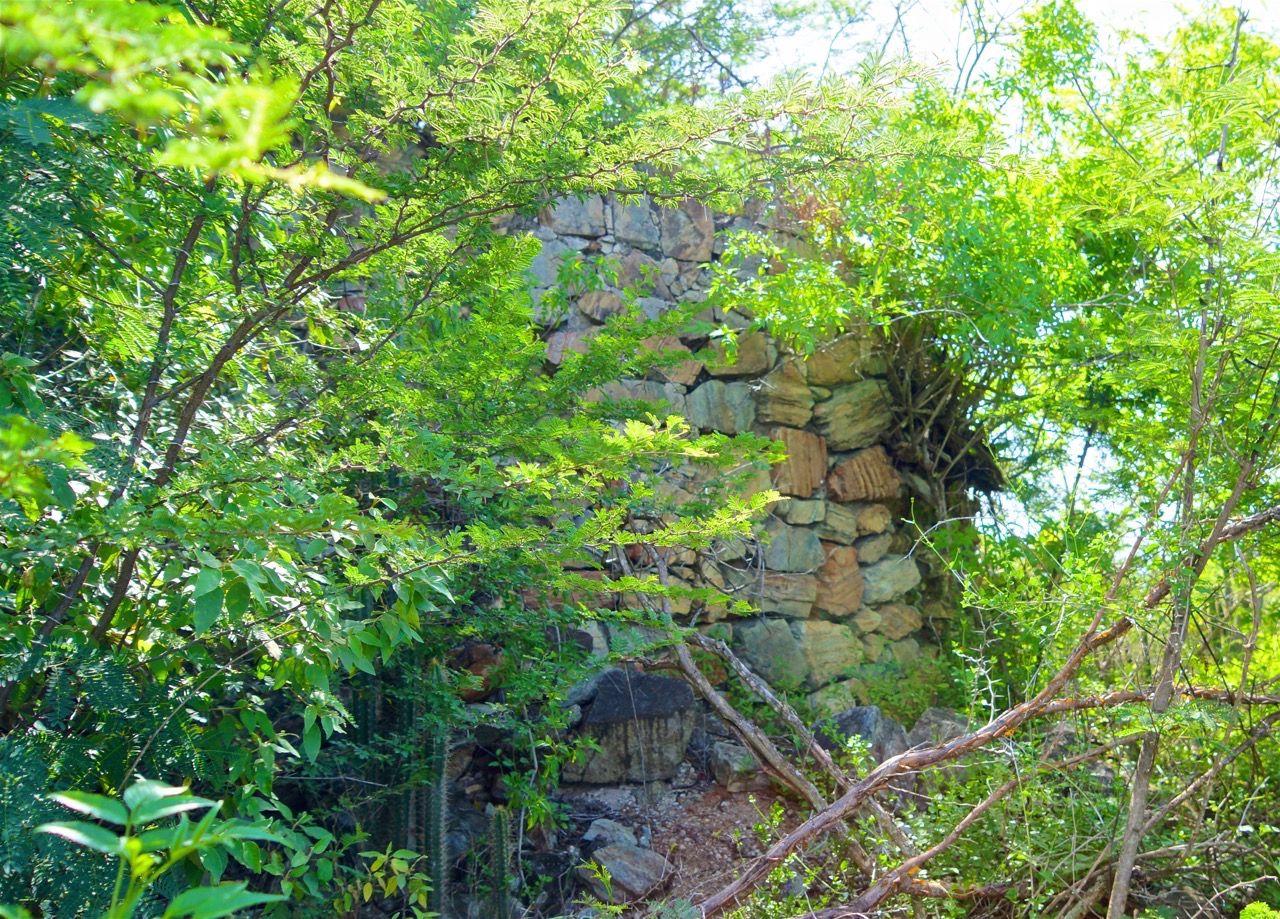 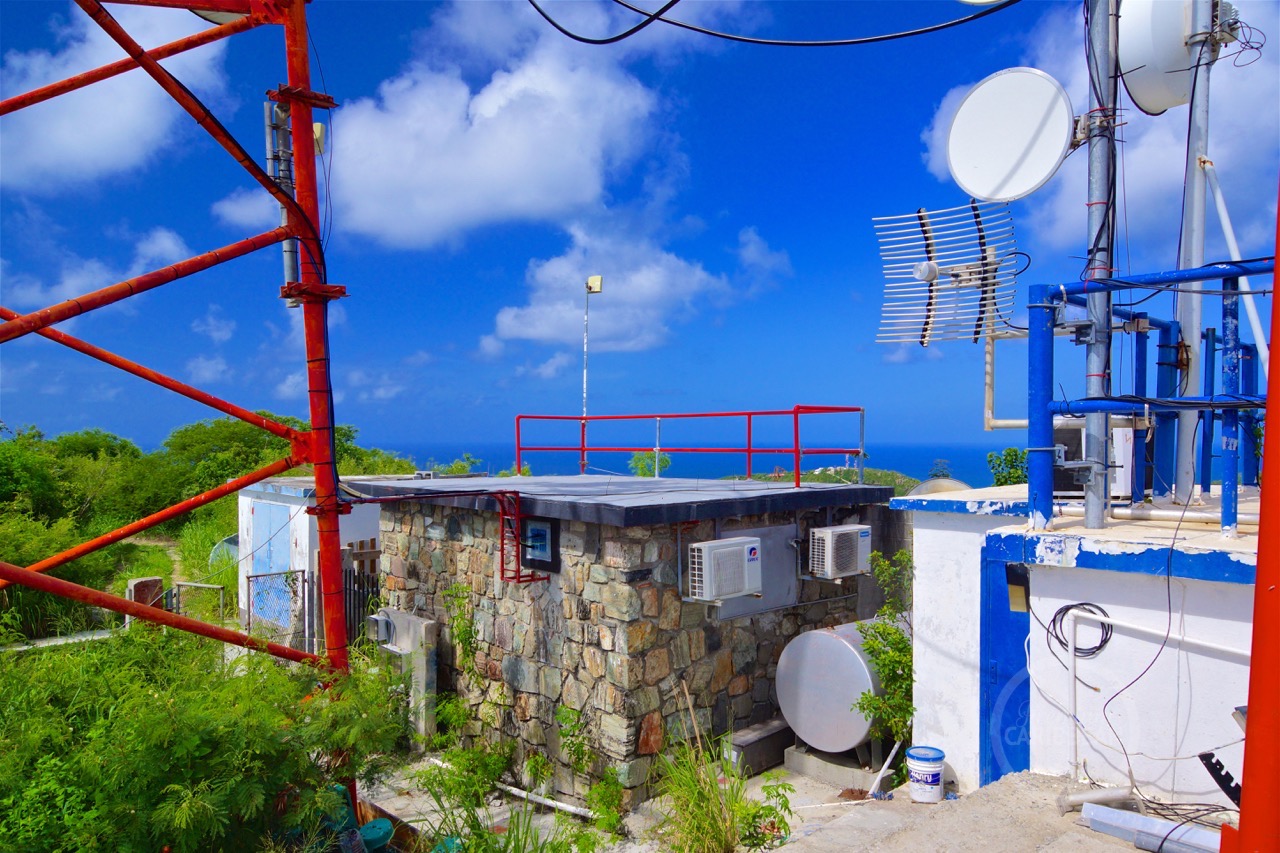 Book your flight to St. Maarten