Saint Martin; where The Netherlands borders with France

Saint Martin; where The Netherlands borders with France

Saint Martin is a very small island and important hub in the Caribbean. This particular island is also a division of countries since 1648. Due to a twist in history it is the only place in the world where The Netherlands (Sint-Maarten) still borders with France (Saint Martin).

Anyone who has traveled to Saint Martin by plane, will undoubtedly remember the endless drop over the ocean followed by the spectacular landing. One of the main attractions of the island, an afternoon watching planes at Maho Beach, especially seeing the Boeing 747’s land or take off! Despite the warning of exposing yourself to the violence of the aircraft and as a result blown yourself away in the sea, is it such a great experience!

In 2005, I’ve visited Saint Martin for the first time. In those days the island had a small intimate airport. Nowadays the place is a modern and fully conditioned airport. Does this make the Caribbean experience even less? On the contrary, the same curious situations happen.

Lost baggage arriving on surrounding islands. Very slow ground attendants with their way too long colorful fingernails that can hardly use the keyboard – let alone check you in – resulting in missing your (intermediate) flight. How about system failure at the runway, resulting the lights do not work so leave or arrive at night is not possible? If you do not deterred by these situations, Saint Martin is a fantastic island for you! Suffer from stress? Go to Saint Martin, there is no stress.

But what about that border on the island? There are a lot of stories about how this happend. The best story I think is that the Frenchman who have misled the Dutchman (literally). Back then the boundary was determined in 1648 by a hike around the island. The Frenchman went to the north and reportedly he cut pieces arranged via the inland while the mad Dutchman ran through the south, allowed himself to be distracted by beautiful women and regularly took a drink (rum).

As a result that’s why France now owns the largest part of the island (Saint Martin). Nevertheless, Princess Juliana International Airport is situated on the Dutch part and it also has the largest population. 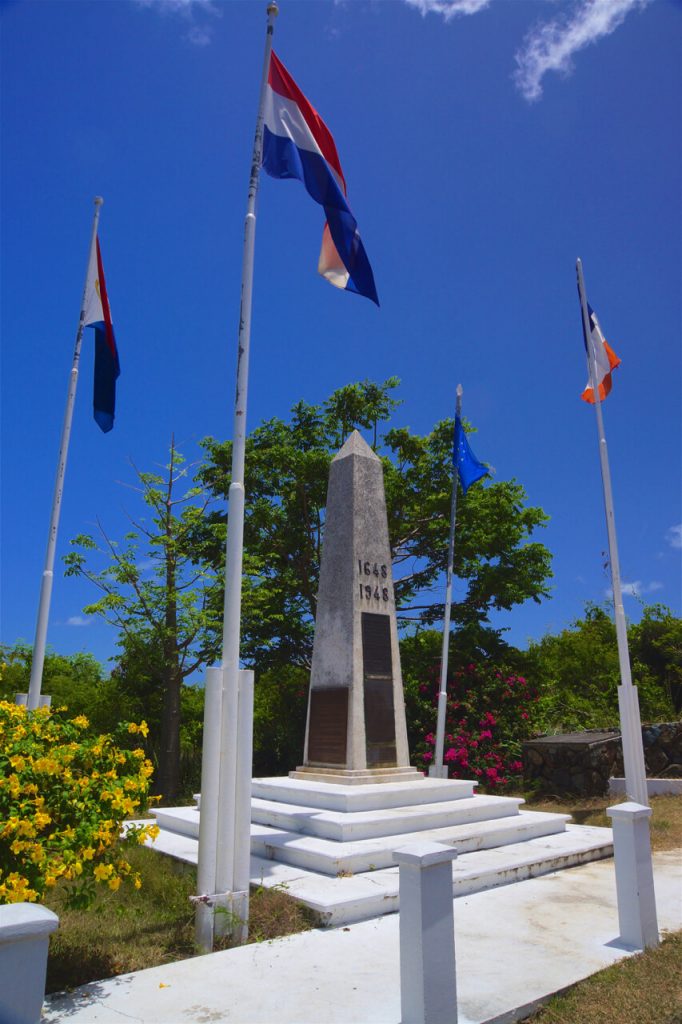 Today, the differences are still visible. The Dutch part has American influences and lost his identity at some points, while the French part retains very picturesque. On the other hand, if you love exciting nightlife, nothing is too crazy for you and everything is possible, the Dutch part is totally the place to be. But if you’re looking for 220 Volt (yes, seriously, on the Dutch part they handle 110 volts), the Euro (not accepted on the Dutch part not, just US dollars), French language, superb kitchen and gourmet restaurants and enough space on the white sandy beaches, then you should really being on the French side.

There is enough to tell you about this fantastic island, I’ll return in my next posts more specifically  about what to do in Saint Martin. Here are some highlights: