How to get to Anegada, British Virgin Islands? 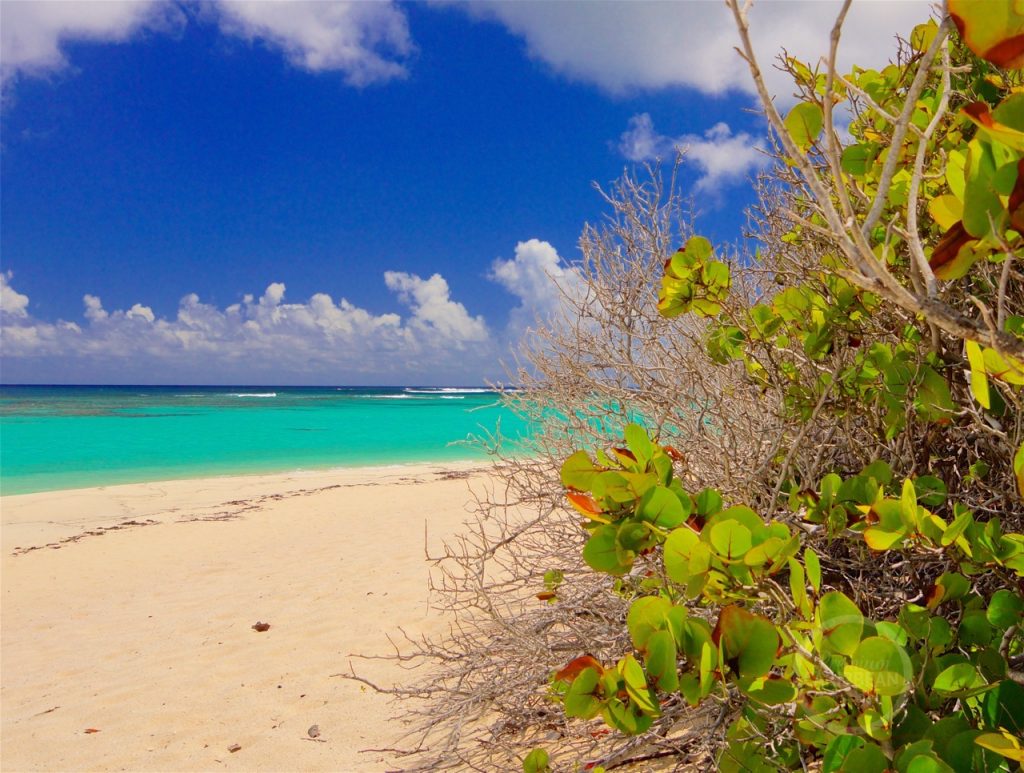 How to get to Anegada, British Virgin Islands?

Anegada, it sounds much more exotic than its true meaning; ‘Sunken land’. An island as flat as a pancake, especially unlike the other Virgin Islands. Isolated and surrounded by beautiful coral reefs and shipwrecks from ancient times. An exclusive paradise where one can not simply set foot ashore.

Anegada is located about 25 kilometers north of Virgin Gorda. With a clear day you can see it lying from there. It consists entirely of coral and limestone and is surrounded by coral reefs. Those reefs ensure the sea surrounding is colored with many shades of blue. 8.5 meters the highest point this island is very flat. Remarkably, since the surrounding islands are all volcanic in origin. 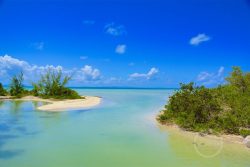 Despite being one of the larger islands in the British Virgin archipelago, you will find very few people. An evacuation if a hurricane unexpectedly decides to pull over, takes little effort. On Anegada lives a population of only 200 people, a handful of cows, donkeys and a settlement of flamingos. If you’re taking an average daily attendance add another 200, so it’s never really busier than 400 people. This makes the island an ideal place for them (including the author of this article) who love exclusive!

A likely reason Anegada is so sparsely populated, may be the accessibility of the island. You’re not get here easily, you have to do some effort. A ferry from Tortola and Virgin Gorda goes only three times a week and a plane from Tortola is just flying by appointment. A fixed timetable is not typical Caribbean. In addition, it is possible, for example, to rent a charter boat, which can be quite expensive. It is strongly advised not to go on your own to Anegada. The island is surrounded by a very long shallow coral reef. According to the stories that’s one of  the reasons that there are at least 300 shipwrecks around the island; from a few hundred years old until very recent wrecks. So leave it up to the experienced captains! 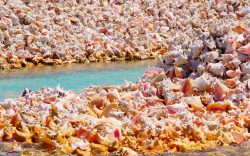 On Anegada there usually blows a constant breeze from the northeast. During the hurricane season, it happens regularly the wind pulls away completely by passing storms. The result is a profusion of enthusiastic biting sand flies and thirsty mosquitoes. The chance encountering with this insects is small, though. I had the bad luck there was no wind during my visit. Because the island is so flat, at the time is was also incredibly hot! An (organized) boat trip around the island is the solution! What could be better than to relax on the water?

A remarkable sight is the artificial island east of Anegada. A mountain consisting of huge amounts of conch shells. Local fishermen diving and catching conch shell a little further from the reef. They pick the creature out of the shell, a Caribbean delicacy that you encounter on many menus, and place the empty shell at the other shells. After some time Conch Island has arisen in this way. 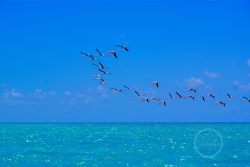 During that same boat trip you see flamingos cooling off in shallow waters with any luck. A few times a day the settlement moves from the island to the sea and back again. A mighty experience to witness!